Stay near Civitaveccia cruise ship terminals or in Rome

Some hotels in Civitavecchia are within walking distance or only a short taxi ride away, some offer splendid sea views and are located at the seafront. Lots of restaurants are nearby.

When visiting Rome for a couple of days, consider a stay in the heart of the city within walking distance of most historic sites. Visiting Rome ? Recommended is to stay in the historic centre. The Pantheon, Piazza Navona, Campo dei Fiori, Trevi Fountain, The Spanish Steps are at the very center of old Rome. Staying somewhere around the historic centre gives you the opportunity to visit most attractions on foot.

If you’re leaving from or arriving at one of Rome’s airports, it may be more convenient to spend the night close to Fiumicino or Ciampino airport. The next day you can take a shuttle to the port.

Cheap accommodation located in the Old Town area, not far from harbour, shops and restaurants. 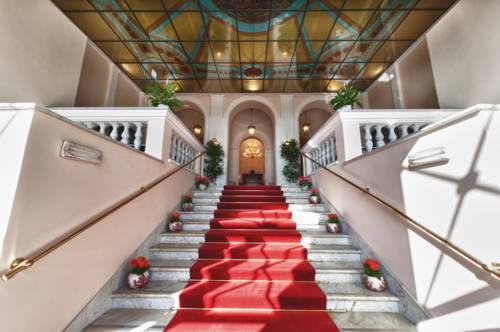 Set right on the seafront in Civitavecchia, within walking distance of the cruise port and train station.

Bed and breakfast accommodation situated in Civitavecchia Italy, 200 m from the beach. Located 15 minutes walk from both ferry and cruise ships.