Tokyo and Yokohama have an excellent range of hotels. Popular areas in Tokyo for hotels are Ginza, Shibuya, Hibiya (Chiyoda Ward) and the West side of Shinjuku. If you choose to stay in Yokohama, many hotels are set within close distance of the port and train stations. Popular is also a trip to Tokyo Disney Resort.

Stay not far from Yokohama Osanbashi International Passenger Terminal. Several reasonable priced accommodations are only a few blocks away from the terminal and Nihon-Odori Station. Theme park Yokohama Cosmo World is nearby. Another option is staying close by one of the two primary airports ; Haneda or Narita International Airport. 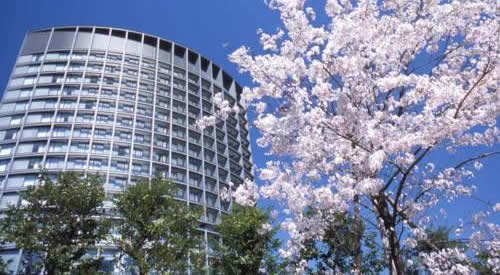 Situated in Tokyo city centre across from the Imperial Palace. Highly recommended. 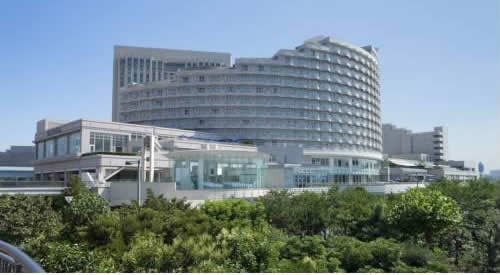 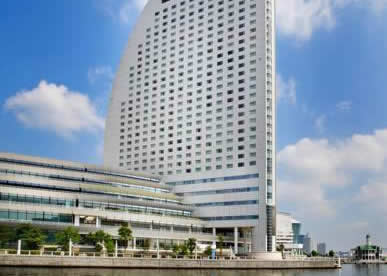 Located in Yokohama overlooking the Bay. Within close distance of Osanbashi Cruise Pier.

Cruise Passenger Port of Tokyo and Yokohama in Japan

Only smaller luxury ships can sail directly to Tokyo harbor. Tokyo’s cruise facility is called Harumi Terminal located on Harumi Island. Larger vessels dock at the new Tokyo International Cruise Terminal or in Yokohama at the Osanbashi Terminal, which is located approx. 15 miles southwest of Tokyo.

You can easily travel by train from Tokyo to Yokohama. From the Osanbashi Pier you have a splendid view of the Minato Mirai skyline. Both cruise terminals can easily be reached by land travel from the airport, by train or metro.

Cruise ships from Yokohama and Tokyo can take you to wonderful cities in Japan such as Osaka, Nagasaki, Hakodate and Aomori. Some ocean lines can take you as far as Busan Korea, Hong Kong (Ocean, Kai Tak terminals), Bangkok Thailand, Shanghai China, and Singapore (Marina Bay Sands).