The city of Cannes itself is known for the luxury of the shopping and hotels in the downtown area overlooking the beautiful beaches of the area. Most cruise ships dock in the bay and passengers are transferred to the port terminal and onwards to enjoy the Mediterranean climate of this stunning area of France.

Many visitors wish to spend their stay in Cannes by finding deals for hotels located along the iconic Promenade de la Croisette, which is lined with palm trees and features each year during the film festival.

From the cruise port terminal the short distance to the main visitor area of Cannes is easy to move through and leads to the golden sands of the beach that has been used by many of the most famous stars of stage and screen.

Finding deals in this area of France is easy, especially as the town itself has grown into a major economic centre with more and more industries growing up around the edge of the town. 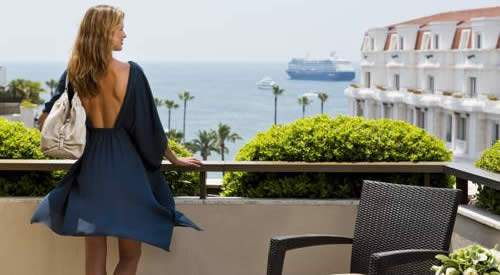 Central Cannes hotel located between the seafront and shops. 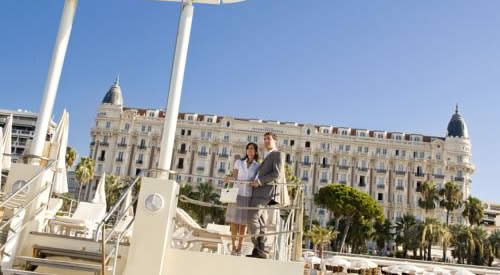 World famous property on the Boulevard Croisette facing the beach. 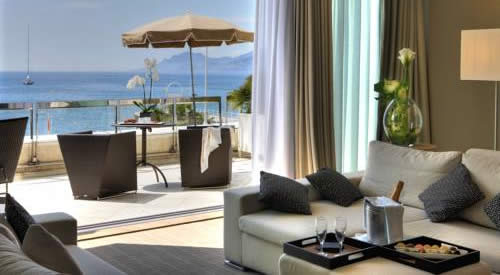