Weather in Rome (Civitavecchia) by Month

Weather in Rome (Civitavecchia) by Month 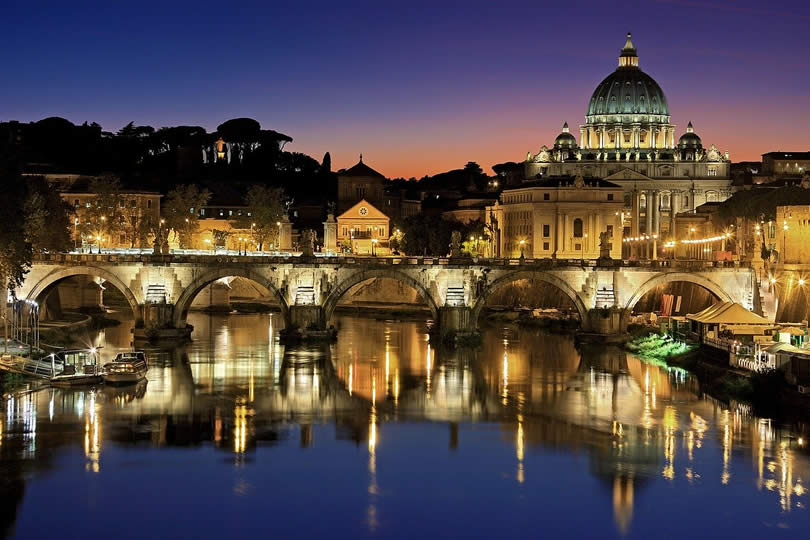 Rome is located close to the Tyrrhenian Sea. The sea influences the climate of this capital city of Italy.

Civitavecchia, located northwest of Rome, is the coastal cruise and ferry port of the Italian capital.

The Mediterranean climate, which becomes dry, warm in summer and cold, and humid during winter, makes it puzzling to know when best to visit.

This article is seeking to solve that puzzle by providing you with a monthly guide on the weather patterns that Rome coheres.

Civitavecchia and Rome are generally great for visiting throughout the year. It is, however, wise to be aware of the forecasted weather conditions to plan accordingly. Plenty of good value hotels are located near Civitavecchia cruise port, as well as hotels in the center of Rome.

Winter, when the weather is cold and humid, sets in at the second half of November and prevails to February. Spring starts in March to April. Summer subsequently follows and stretches to August. Autumn completes the climatic cycle by setting in September and ending in mid-November.

Read also: What are the Best Hotels in Rome Italy

1. Civitavecchia and Rome Weather in January

The average day-length in January is 9.5 hours, while average sunshine is 3.9 hours. Rains aggregate up to 66.9mm precipitation all through January. 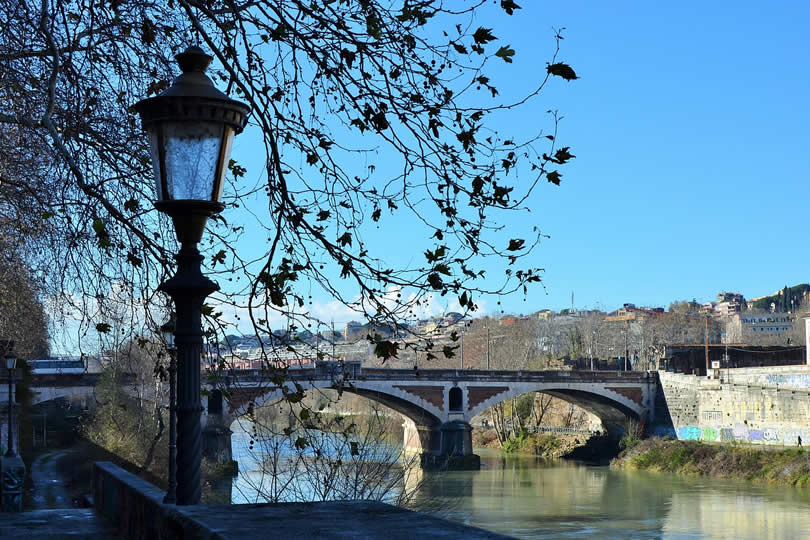 2. Civitavecchia and Rome Weather in February

In February, winter progresses on but warms up slightly. The temperatures average between 3.3°C (37.9°F) and 14°C (57°F). The daily weather is dominantly cloudy but registers average sunshine of 4.5 hours.

Rains throughout the month are moderately cumulative during which an aggregate of 73.3 mm precipitation registers. Nights are cold and days, which average at 10.6 hours are slightly warm. The weather, though not swim-worthy, is generally tolerable for a cruise from Civitavecchia.

3. Civitavecchia and Rome Weather in March

Rome sees the start of the spring season, where daylight extends, averaging at 12 hours with average sunshine of 5.4 hours. The temperature is warmer aggregating at a low of 5.2°C (41.4°F) to a high of 17.0°C (62°F). Night temperatures may drop lower in the presence of wind.

The slight rains that fall throughout this month call for two or three jackets on a cruise. March is generally a good time to visit Rome in Italy.

4. Civitavecchia and Rome Weather in April

The spring season continues. The average sunshine is 6.7 hours though from time to time, skies become cloudy. The climate is temperate with average temperatures ranging between 7.2°C (45°F) to 19.0°C (67°F). It can be chilly in the morning and evening but midday temperatures can reach

This month is the best for a cruise all around Rome’s blooming nature. Moderate rains fall for approximately 9 to 10 days in this entire month. Daily temperature averages reach a high of 18°C (65°F) in Civitavecchia. Sea temperature, which is about 15.6°C (60.1°F), is rather chilly for swimming or surfing.

5. May Weather in Rome and Civitavecchia

May is one of the best times to cruise from the port of Rome. Temperatures are comfortably warm and there’s plenty of sunshine. Average daylight lasts for approximately 15 hours, and the sun shines for about 8.5 hours.

Tourists in pursuit of the best experience will flock around this capital. Rains are slight, and temperature are warm with the low average at 11.7°C (53.1°F) and high at 22.8°C (73°F). Daily highs can already reach over 30°C (86°F). Rome in May receives moderate rains for approximately 6.2 days.

In May temperature in Civitavecchia reach an enjoyable average of 22°C or 71°F and are higher at the end of the month.

6. June Weather in Rome and Civitavecchia

The absence of rain in June makes a cruise in Rome enjoyable. The weather is generally warm and dry while sunlight, which is moderate in intensity, beams for about 9.2 hours. June has the longest days averaging at 15.2 hours. The sea is warm and inviting.

Average temperatures fluctuate between 15.6°C (60.1°F) and 26.7°C (80.1°F), though they might drop slightly in the afternoon when westerns winds set in. Rainfall aggregate up to 34mm precipitation and cumulatively lasts for 4.3 days throughout June.

Temperature reaches a high of 25°C (78°F) on average in the port town of Civitavecchia. Nights are pleasant with a temperature of 19°C (67°F). 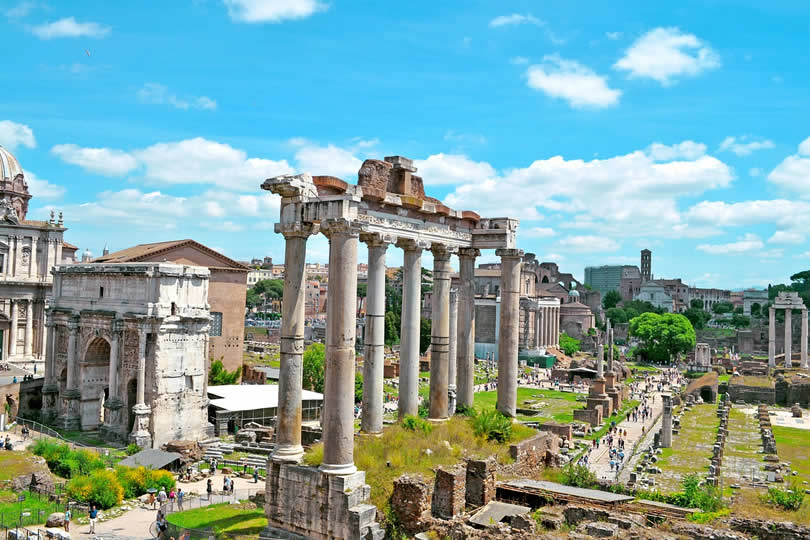 7. Civitavecchia and Rome Weather in July

July is the peak of the summer (cruise) season in Rome. The sun shines dominantly for approximately 10 hours, and skies are clear. Temperatures register an average low of 17.8°C (64°F) to a high of 30°C (86°F). Days, which are hot, dry, are suitable for light clothing. Nights are also dry though, cooler compared to day temperatures.

July is a good time to go swimming and take a cruise from the port of Civitavecchia. It is advisable though, to carry sun-protective clothing because the intensity of sunshine, especially midday, might be high. Average temperature in the port town is 28°C (83°F) but can reach easily over 30°C (86°F).

8. Civitavecchia and Rome Weather in August

Summer progress on in August. The intensity of sunshine is strongest in this month. It would be wise to wear sun-protective clothing. Average temperature are between 18.3°C (64.9°F) and 30.6°C (87.1°F). The skies may cloud at night hence making the weather hot and humid.

Average sunshine lasts for 9.6 hours. The sea is warm and cozy. August registers slight showers, which aggregate up to 3.3 days throughout August. The city is a bit less crowded as other Summer months as many locals go on their annual vacation. 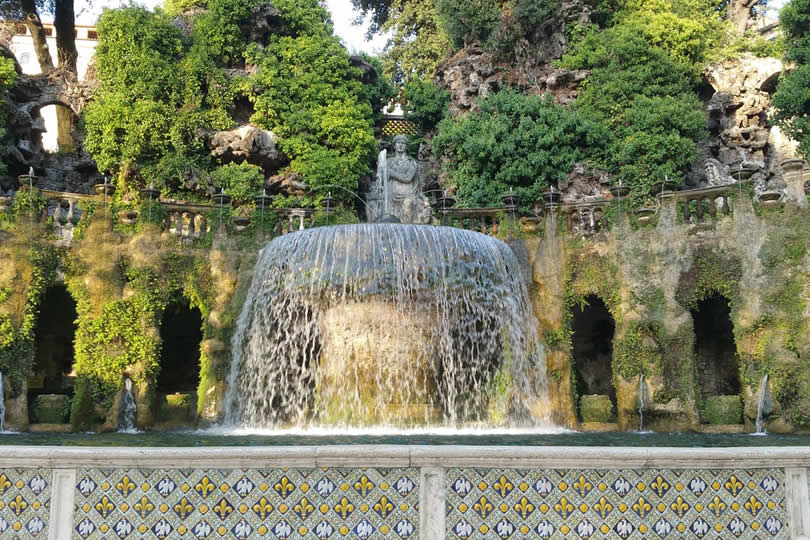 9. Civitavecchia and Rome Weather in September

In September, summer steadily transitions to autumn. The weather is generally warm and humid, though cooler than summer. The average temperatures fall and fluctuate between 15°C (59°F) and 26.7°C (80.1°F). Humidity is high, averaging at 75%, especially around lowlands.

Average daylight reduces to 12.5 hours while average sunshine drops to 7.9 hours. September has a temperate climate which is suitable for visiting Rome. September is still a great time to cruise the Mediterranean from the port of Civitavecchia where the daily temperature averages at 25°C (78°F).

10. Civitavecchia and Rome Weather in October

Autumn in October is at an all-time high. The port has a beautiful view, especially from high lands after leaves change color. Averages temperature in Rome drop to an 11.1°C (52°F) trough and 21.7°C (71.1°F) peak. Rains increase to an aggregate of 8.2 days throughout October. Average daylight drops further to 11.1 hours, which registers average sunshine of 6.2 hours.

It would be wise to have a raincoat or umbrella in close vicinity while cruising the Med. Temperature in the embaraktion port of Civitavecchia is still pleasant with an average daytime temperature of 22°C (72°F).

11. Civitavecchia and Rome Weather in November

The first half of November ends autumn while the second half sets in winter. The weather is generally cold and wet. November gets colder as days progress. Daylight shorten to less than 10 hours, and average sunshine lasts approximately 4 hours.

Average temperature range between 6.7°C (44°F) to 16.1°C (61°F) with the nights being cold and days are slightly warmer. Rains are highest on this month aggregating up to 9.2 days cumulatively.

12. Civitavecchia and Rome Weather in December

Despite being cold and frosty, this festive season is a great time to visit the capital city of Italy provided you pack winter clothes. Average temperatures are between 4.4°C (39.9°F) to 12.8°C (55°F). At night, the skies are cloudy and may drop to freezing point.

Rome occasionally registers frosts, which are sometimes escalated by the prevailing winds. Average sunshine is at a low of 3.6 hours while the length of day averages at 9.2 hours.

The daily averages are at 14°C (58°F) in Civitavecchia occasioned with some colder rainy days. Average night temperature is 9°C or 47°F.

Related to Rome and Civitavecchia Italy