A large number of hotels are located within short distance of the terminal, either within walking distance or a short Uber/Lyft or taxi ride away. You can also opt to stay in lower Manhattan as there’s a ferry that runs from lower Manhattan to the pier adjacent to the Brooklyn cruise terminal. Hotels near Pier 11 include the Holiday Inn Express Wall Street and Eurostars Wall Street.

When visiting New York City before or after your cruise, midtown and downtown Manhattan hotels are less than 30 minutes away. Another option, particularly for a weekend departure, is to stay downtown in Manhattan (in the financial district). Prices tend to be good on weekend nights because business travel drops off. Plenty of establisments can be found also close to all NYC airports. Many offer a free airport shuttle.

As far as we are aware there are no hotels that offer a free shuttle. The Brooklyn Motor Inn is the closest hotel, 15 minutes walk from the Brooklyn cruise terminal (No shuttle needed).

Distance from Cruise Port : 2.1 miles (10 minutes)
No shuttle but Short taxi or Uber/Lyft ride away

Distance from Cruise Port : 2.8 miles (15 minutes)
One of Best Hotels 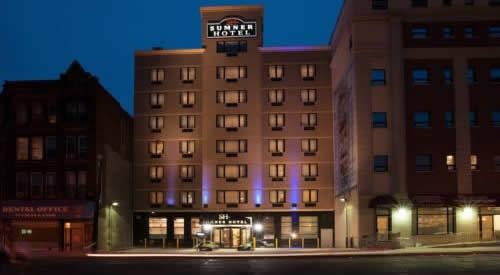 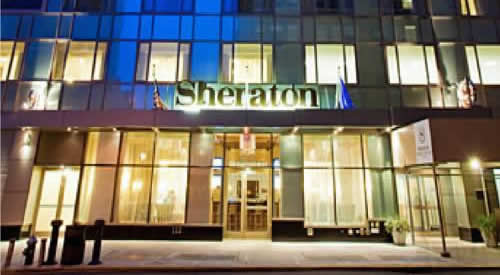