The beautiful Island of St Kitts

The beautiful Island of St Kitts

Basseterre is the capital city of the two island nation of St Kitts and Nevis, which became independent in 1983. Today it’s the smallest independent nation in the Western Hemisphere.

Basseterre was officially founded in 1625 by French settlers. When you wander around you can see the influences of both modern and colonial English, French and African architectural styles.

Highlights include The Circus, patterned after Piccadilly Circus in London (The green Berkeley Memorial is set in the middle of the Circus. ), St George’s Anglican Church , Immaculate Conception Co-Cathedral Catholic Church and Independence Square which was formerly the site of a slave market.

Cruise ships dock at Port Zante in Basseterre Bay, an easy walk from the historic city of Basseterre.

There a lot of taxi drivers offering tours. Be aware, they can be a little pushy. There are also several locals with monkeys to get tourist to pay to have pictures with the monkeys.

There is lots to see when you get right off the ship, but before reaching the old town everyone has to pass through the very nice and modern shopping area just outside Port Zante.

The first building behind the port main shopping area is the Georgian-style Treasury Building. It houses the National Museum of St Kitts and is the gateway to historic Basseterre.

The heart of Basseterre is Independence Square, the former slave market, located 4 blocks north of the cruise terminal. It was named once Pall Mall square but was renamed Independence square in 1983 when St Kits achieved political independence.

Just east stands the towering gray stone Immaculate Conception Co-Cathedral, dating to 1928. This cathedral is the culmination of the quest for a permanent home for Catholics after two centuries of persecution. It’s Very pretty and well kept. There is not an entry fee but the church does accept donations.

In my opinion the most beautiful is however the St George’s Anglican Church. With it’s tall clock tower, it is easy to locate. The church is located on Cayon Street, which is a few blocks to the north. At the entrance there is a stairway going to the top of the clock tower.

When you reach the top, you will be rewarded with the best views of Basseterre. The church has been destroyed and rebuilt four times since its original construction.

Most streets lead to The Circus roundabout in central Basseterre. In the center stands the Berkeley Memorial, a quirky combination of drinking fountain and clock tower.

The Island of St Kitts

The island is very pretty and the locals are rather nice. If you get a chance, a nice day trip is going to Brimstone Hill Fort and Romney manor. Beach enthusiasts will love either Cockleshell Beach or the exotic black-and-gold sand of South Friar’s Beach.

About halfway to the beach is popular Timothy Hill, from this vintage point you have a wonderful view of the golden sandy Atlantic beaches and the tranquil Caribbean Sea. The cloud-capped Mount Nevis is an awe-inspiring backdrop.

Known as the “Gibraltar of the West Indies”. The fortress, nowadays an UNESCO World Heritage Site, protected the British interests in this part of the Caribbean during the 18th and 19th centuries. The British military structure is one of the best preserved fortifications in the Americas.

Admire the stunning 360-degree views from atop the citadel of the island’s coastline, countryside and neighboring islands.

Manor home which was originally owned by the great-grandfather of Thomas Jefferson, the third U.S. President. The manor is surrounded by beautiful and well maintained botanical gardens.The giant 400 year old tree is impressive.

The complex holds aslo the Caribelle Batik, where you can watch artisans hand-printing Sea Island cotton into beautiful batik fabrics.

St Kitts is a lovely typical Caribbean island. Visited the island a few times now, and each time I enjoyed my time there. 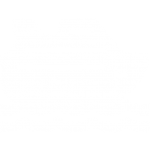